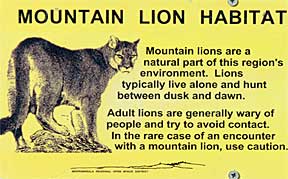 Mountain Lion is "inspired by iPad" and features better security, further iCloud and iPhone integration, and more game support. Apple claims "200+ new features." Some of these features may not be useful to you, though; for example, I don't use any of the following:

Should I Buy and Install Mountain Lion?

All issues that were show stoppers for me have been resolved.

What you Should Do Now to Get Ready for Mountain Lion

Not everyone can use the new OS version. 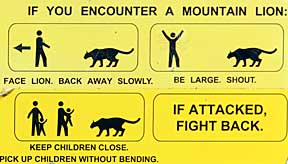 When you decide to install Mountain Lion, do it carefully. You may find that there are issues that affect you: do your homework. Check

MacInTouch to see if there are problems with OS X 10.8 that affect you.

Make sure you back up your entire disk before starting to install Mountain Lion.

Make a list of the hardware you depend on, and search the web to check that each device will work. Older printers and scanners can have issues.

Leave yourself enough time. Upgrading will tie up your computer for a big part of a day. Installing takes an hour or two, but then your computer will want to re-do the Spotlight index and back up to Time Machine.

PowerPC-only programs on your computer will not run on Mountain Lion. To find these programs, select

► About This Mac and then click More Info to generate a system report. In the left sidebar of this report, click Software ► Applications. This generates a table of all applications on your computer. Click on the Kind column header to sort by kind of application. Scroll down till you find the programs labeled PowerPC. Many of these programs are not problems: they are leftovers from old software installers or previous versions of software. For example /Library/Application Support/Adobe/AdobePDF.app. If you have questions, contact the manufacturer.

Here is a partial list of minimum program versions needed for Mountain Lion. For other programs, check product websites.

I have upgraded three computers to Mountain Lion.

There are some Mountain Lion features I disable as soon as I install it:

You will probably want to set up other customizations, such as your desktop background and screensaver.

I have installed Mountain Lion on three computers.

As a security measure, the plugin that allows Java applets to be used in web pages is uninstalled, to avoid attacks like the Flashback malware. If you understand the risks and wish to install a Java web plugin from Oracle, browse to a page that contains a Java applet, and click on the "missing plug-in" message to install the plugin.

New Features I Have Not Tried Yet

Planning for the next version

Mountain Lion was followed by the next version of OS X 10.9, "Mavericks," in November 2013. See "Get your Mac ready for Mavericks" from Macworld. Keep a list of the software and devices you use and depend on, so you can check that they are supported.